This book was not one that I could finish in one sitting, just because of the sheer density and length of the book. I felt that the author could possibly have gotten the point across in fewer pages, even though the story was unique, and different from most that I have been reading.

I felt that the main character is blatantly sexist on multiple occasions, which is probably an accurate reflection of the time period this story is based in. 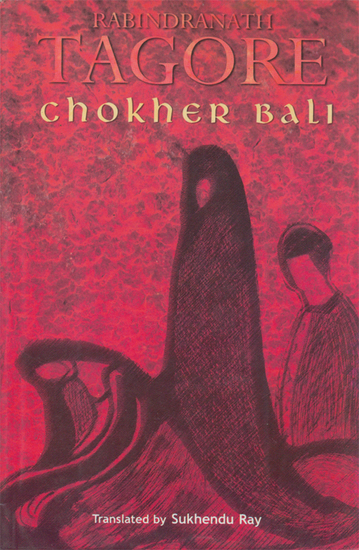 Mahendra is a young man who refuses to marry until he meets his close friend’s fiancee and insists on marrying her.

Ashalata is a newly married but uneducated girl who wants nothing more than to please her husband, Mahendra.

Binodini is a very young woman who was recently widowed, and has to come to live in Mahendra’s house to keep Asha company while Mahendra is away studying.

However, Mahendra is a very fickle man who soon finds himself “in love” with Binodini, who thinks that this whole arrangement is inappropriate. Moreover, Mahendra’s mother is increasingly jealous of the female attention that he is receiving and attempts to devise plans to get rid of the two girls.

Binodini knows that Asha is too naive and innocent to be taken advantage of, and attempts to discourage Mahendra from pursuing herself, but the man who believes he’s in love again will stop at nothing to gain Binodini’s attention.

If you would like to read this book, you can purchase it here: Chokher Bali (English and Bengali Edition)