I didn’t think that this book was as good as the first in the Cahills vs. Vespers series. The book was a little confusing and there weren’t many details about the characters.

Dan and Amy are like puppets at the hands of the Vespers. Vesper One doesn’t tell them anything but he gives them a riddle to solve that will tell them what to steal. Dan and Amy also have a three day deadline to meet.

This time, Dan and Amy are in deep trouble. The next thing to steal is the De Virga Map- a map that was lost decades ago.

While Dan and Amy are on their search, Casper and Cheyenne Wyoming, two Vespers, come across Dan and Amy. The two evil twins decide that when Amy and Dan find the De Virga Map, they will steal it and deliver it to Vesper One which will move them up in the Vesper ranks.

The attempts at getting the De Virga Map from Dan and Amy fail and the consequences are dire. Casper and Cheyenne are moved down in Vesper ranks and are out to get revenge…

Now Amy and Dan have a deadline to complete and two Vespers to avoid. Will they make it? 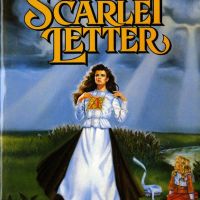