Age recommended: 10 and up

A very funny and witty book about the mischief that a young girl gets into with her brothers. 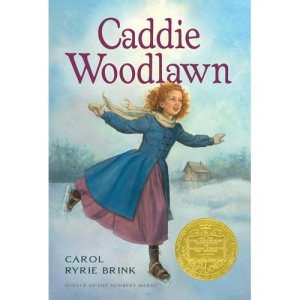 Caddie grew up with her two brothers, Tom and Warren. Tom was older then her and Warren was younger. These three also had two little sisters Minnie and Hetty and one older sister, Clara. The oldest, Clara, was a perfect girl. She sewed, cooked and cleaned. Mother was always after Caddie to become more of a “woman” but Caddie never listened. Caddie thought that sewing, cooking and cleaning were far too boring and that she would rather just hang out with the boys.

Caddie also got into a fight with a school bully, almost drowned in a frozen lake, and nearly got herself killed during the supposed Indian massacre. What trouble will she get into next?

If you would like to buy this book, you can purchase it here:  Caddie Woodlawn